The Lutheran history in Coober Pedy has been recognised, with the unveiling of a plaque at the site of the former church hall.

Pastor Fred Traeger and his wife Gertrude arrived in Coober Pedy in 1959, living on the newly-created Aboriginal reserve where Pastor Fred served as a part-time missionary of the Lutheran Church. After Pastor Fred’s retirement in 1965 Audley Grieger served as Lay Missionary until 1972, with Kevin Schrapel taking over from 1972-1978.

“All the Lutheran missionaries, commencing with Pastor Traeger and his wife Gertie in 1959, then the volunteers who built the church and later the hall, had a profound witness in the town which is still remembered,” says David Hewitt, speaking on behalf of the Alice Springs supporters of the project.

As part of the ceremonies on the day Pastor Fred’s son, Gordon, shared memories of the family’s time in Coober Pedy, with Pastor Fred’s grandson, Paul, and Kevin Schrapel also speaking about their experiences. Neville Doecke from Hermannsburg offered a prayer before the plaque was unveiled.

Memories were re-lived through a photo display organised by the Historical Society, with one guest, George Cooley, chairman of the Amoona Aboriginal Community and a local Christian leader, recognising himself in a Sunday School photo taken 45 years ago!

The plaque now sits on a prominent boulder at the front of the TAFE campus, a proud record of the Lutheran connections entwined in Coober Pedy’s past. 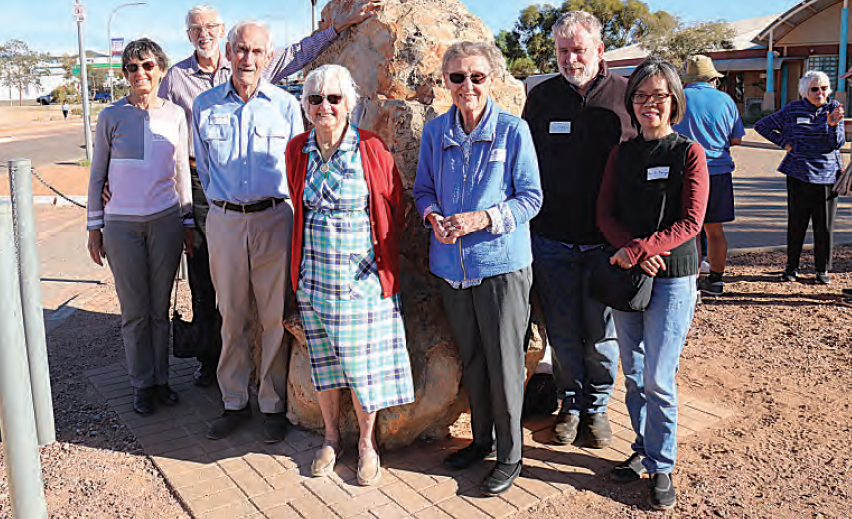 Out of town visitors including members of the Traeger family 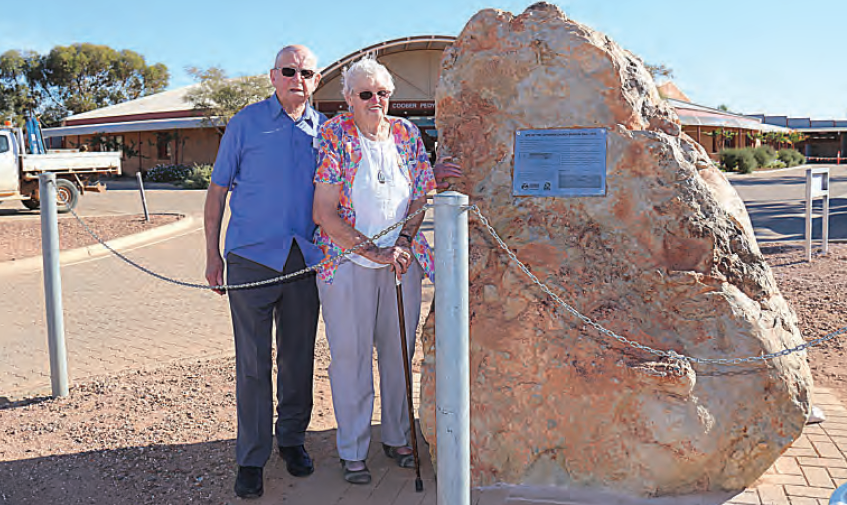 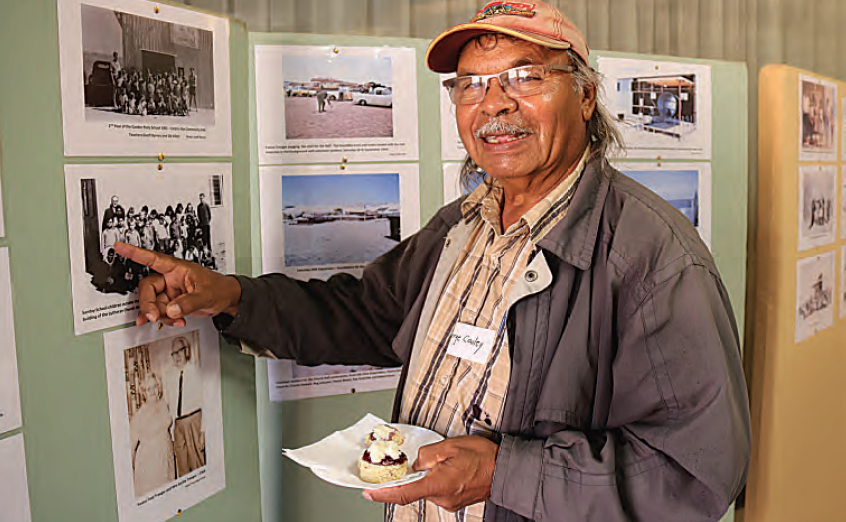 George Cooley recognised himself in a photo taken 45 years ago 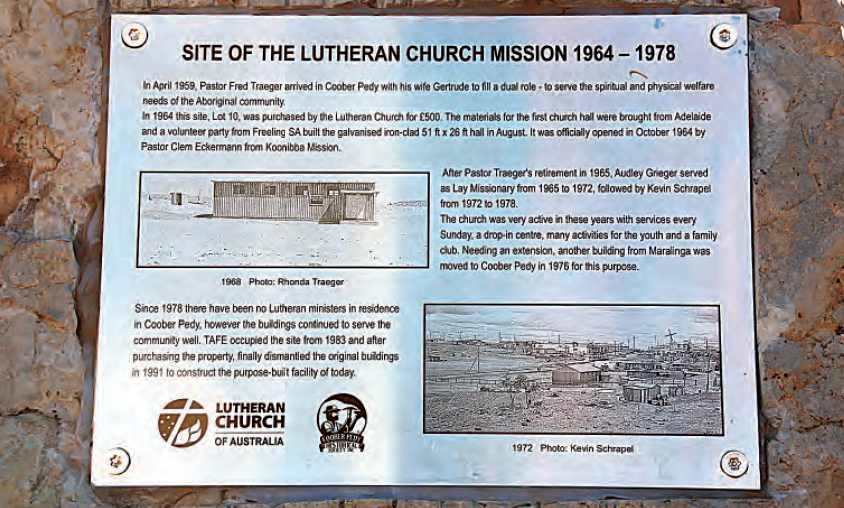 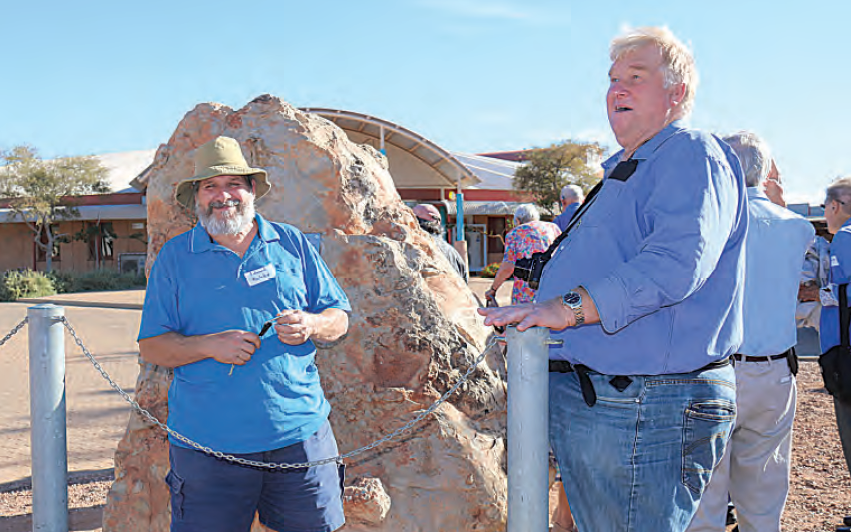 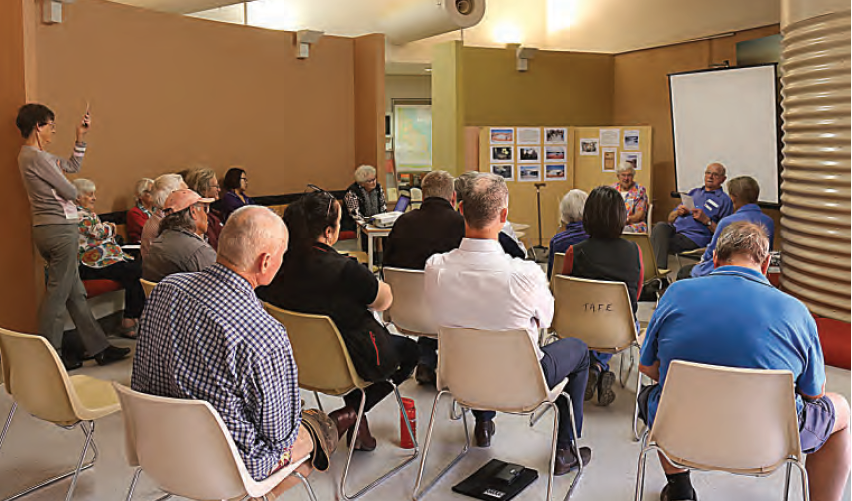 Locals and visitors heard stories from the Lutheran Mission days

A word from your Bishop – Synod address »

Archives for all Posts